From 13 to 14 April 2021, the 26th Annual Workshop on Intelligent User Interfaces is taking place, hosted online by Texas A&M University. The CDHI is represented by David Cleres who is presenting the workshop paper titled “Lena: a Voice-Based Conversational Agent for Remote Patient Monitoring in Chronic Obstructive Pulmonary Disease”, authored together with Frank Rassouli, Martin Brutsche, Tobias Kowatsch, and Filipe Barata.

In their workshop paper, Cleres et al. review the evidence on how best to support patients with Chronic Obstructive Pulmonary Disease (COPD). It has been shown that remote patient monitoring (RPM) can reduce the number of hospitalisations as well as the treatment costs. So far, screen-based remote patient monitoring methods have shown promising results, including reducing how often an exacerbation (a worsening of COPD symptoms) happens. One of the problems is that most mobile devices are designed for young people, rather than for elderly people, who prefer voice-based to screen-based communication. Since most patients with COPD belong to the older generations, it is important to consider voice-based solutions for COPD patients.

To address this issue, Cleres et al. designed a voice-based communication system named “Lena” which can support COPD patients at home. In their experiment, four COPD patients were asked to sit in front of Lena on a daily basis and to start a dialogue with the key phrase “Hello Lena”. Lena would then begin to ask questions about the patient’s perceptions of their current COPD symptoms. This questionnaire consisted of nine binary questions and of one open–ended question.

The authors additionally held face–to–face interviews with patients to understand the strengths and weaknesses of Lena. The overall feedback was positive and all patients could imagine using Lena instead of the screen–based application for a one–year study. One negative point was that Lena sometimes took too long to understand the answers given.

The authors conclude that all interviews could be started by using the key phrase and completed by the patients. Additionally, all responses were correctly identified and transcribed by Lena, which shows that the prototype can understand the patients’ responses perfectly and continue the dialogue accordingly. The authors see potential in this prototype as it helps capture patient information without requiring the support from another person via a phone call or in–person visit.

For further details, please watch the lead author’s video abstract below and refer to the full workshop paper. 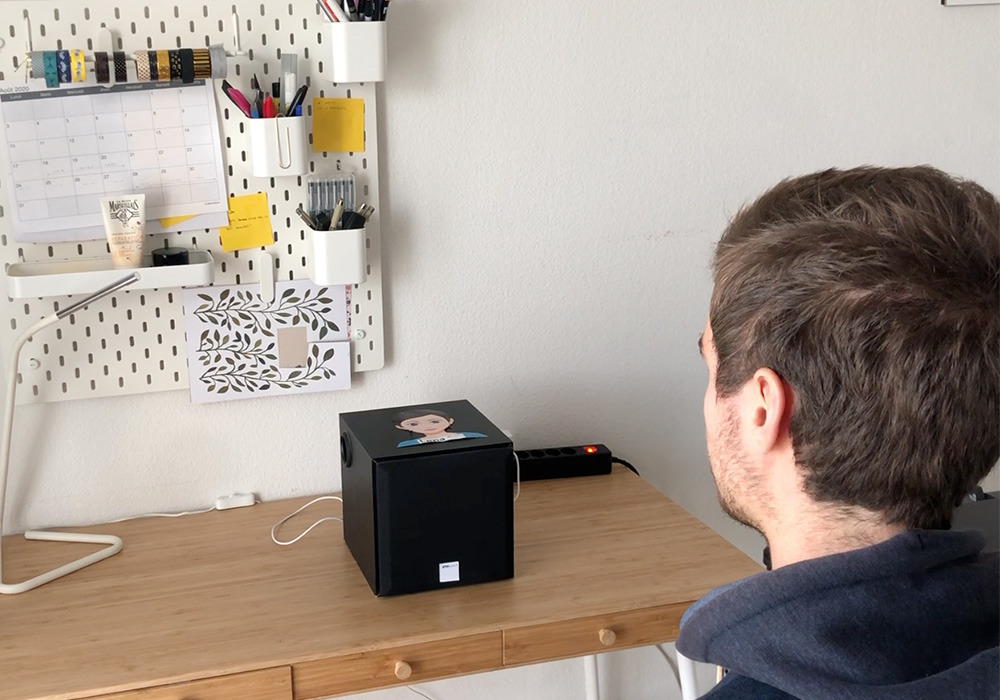